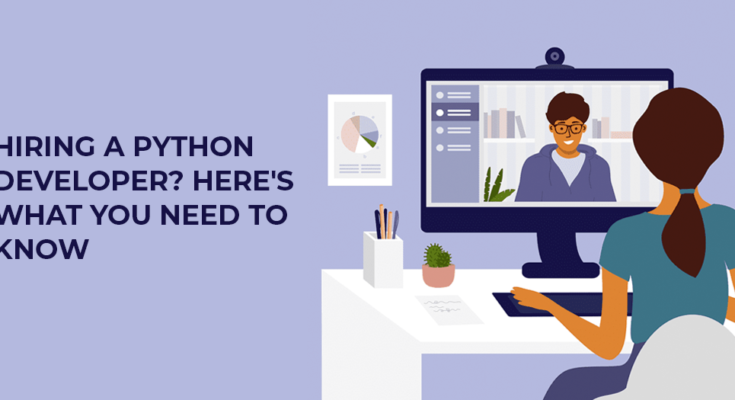 Hiring a Python developer can be time-consuming and difficult, but it doesn’t have to be. If you’re hiring an in-house or freelance Python developer, you should start with these eight tips that will save you time and money so you can hire the best Python programmer possible.

According to TechCrunch, 90% of startups use Python for their early stage. This is because it’s an easy-to-learn, flexible programming language that integrates well with other programming languages. And, if you hire python developers, you can get ahead of your competition! But why are so many companies using Python for web development and data science projects? Let’s explore some of its most important characteristics The developer friendly nature of Python makes it easier to develop applications in less time than any other major language. Since there is no compilation step involved in developing applications in Python, changes can be made rapidly without having to recompile each time – saving time and money.

Where to Find A Python Developer

Freelance sites like Upwork, Elance and Toptal can be great places to hire python developers, or they can be terrible. I’ve found great success hiring on those platforms—I pay 15-20% more than my competitors do. In fact, one of my developers was hired through Upwork and is now our Senior Python Engineer. On top of that, we also hire all our interns from those sites every year. But it isn’t without its risks: you’re never quite sure what you’re going to get until after you start working with them. So how do you mitigate these risks? How do you make sure your new developer is as good as they say they are?

How Much Does a Python Developer Cost

Hiring a full-time developer in Silicon Valley can cost up to $2,000 per week. While software development is cheaper in other parts of the world, it’s still important for companies—especially those with limited resources—to keep costs as low as possible when hiring developers. Read on to learn how you can save money while hiring python developers without sacrificing quality. What Skills Should I Look For In A Python Developer: One of the first things you should look for in a new hire is whether or not they have an active interest in technology and are constantly learning new skills. If your company will be relying heavily on technology, finding someone who has experience with modern tools like GitHub and Docker can help reduce time spent training your employees.

How Long Does it Take To Build an App with a Python Stack?

So you’re hiring Python developers. But how long will it take them to build your app? It depends on what kind of app you’re building. If you want to launch quickly, without extensive development time, your developers can focus on serverless technology in order to make development fast. With those solutions, they don’t have to worry about managing servers or instances; Amazon handles that for them. They also don’t need to worry about scaling, because that happens automatically as well. The tradeoff is functionality—serverless apps are limited by design. A more comprehensive solution would be to use an open-source framework like Django and hire Python developers who know how to work with it effectively. That way, you get all of the benefits of serverless tech (easy deployment and scale) with all of the benefits of traditional development (full control over every aspect).

Where is the Demand for Python Developers in 2019

In 2019, demand for software developers with proficiency in Python is expected to be on par with supply. The Stack Overflow 2018 developer survey shows that demand has increased by 3.6%, and so have salaries. Employers are trying desperately to find qualified candidates, and as an employer, you’ll want to make sure you get your desired candidate before they sign their next job offer. 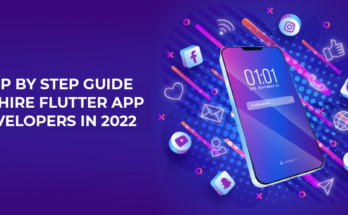 Step by Step Guide to Hire Flutter App Developers in 2022 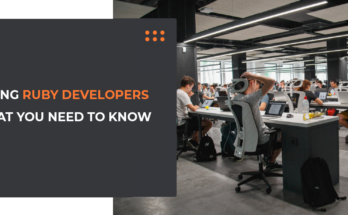 Hiring Ruby Developers- What You Need to Know